We all know people who pat themselves on the back for their spontaneous approach to life. (I once overheard somebody say they never wanted to own more stuff than could fit in their car.)

They seem to think that creating an action plan for just about anything would take all the fun out of life.

But we’ve also all heard that people who fail to plan are planning to fail.

I’ve found that people who are organized about what they’re trying to accomplish are much more successful—and have just as much fun—than those who aren’t.

I saw the proof decades ago when my boss at the time, famed Yankees pitcher Bullet Bob Turley, brought a teammate of his, “Fred,” into the company during the off season.

As a player, Fred was used to sleeping late and getting to the ballpark in the afternoon for training.

So every day at around 10 in the morning, he would roll out of bed, reach for the phone, call Bob, and say, “Hey, Bob! What are we gonna do today?”

It only took about ten days of this habit before Fred drifted on down the road.

People like him wake up each morning and see where the day, or the year, or the decade takes them.

Imagine if a football coach operated like that. He shows up with his team for the big game and waits until after kickoff to decide what plays they’re going to run during the game.

How often is that team going to win?

If you’ve got a goal you really want to achieve, that you’re really serious about, you’ll give yourself a huge advantage if you give some thought to how you’re going to achieve it.

Creating an action plan is one of the best ways to ensure that you’ll actually hit your goals.

One study found that people who wrote down their goals and action plans, and then shared them with a friend, were 40 percent more likely to achieve their goals than people who just spent time thinking about them.

There is no one perfect way to make a goal a reality. Every person is different and every goal is different.

But if you want to put yourself in that elite group, start creating an action plan today with these six essentials.

If You Haven’t Started Moving, Figure Out Why

The reason to create a plan is to get yourself moving toward your goal.

However, the people I know who achieve a lot of their goals have something in common. As soon as they get an idea in their head about something they want to do, they’re off to the races working on it.

They start doing small things immediately to make progress, even if they don’t have a full plan yet.

They might register a URL or set up a meeting or call an expert to ask questions or sign up for a workshop or buy some equipment or price real estate.

It almost doesn’t matter. They do something.

If you aren’t moving at all yet, you need to ask yourself why. What’s holding you back from taking some early, easy steps?

Is this something you really want—are you hitting your inspiration tap line—or are you pursuing something just because you’re “supposed to”?

Is there a real obstacle keeping you from taking action, like poor timing, insufficient experience, or lack of funds? If so, how could you improve your position?

Is this something you really want to do right now? Or is it a long-term goal that just doesn’t have any urgency to it yet? (Focus on the things you’re in a rush to do.)

Are you stuck in place by vague doubt or confusion?
Until you figure out what’s holding you in place, you won’t be able to follow through on any plan you create.

Determine Which Activities Will Give You the Fastest Results

I’ve covered this topic before, but it’s a crucial one.

Creating an action plan that’s full of meaningless activity is the best way to kill your enthusiasm for a goal or project.

You know how we stay motivated?

The sooner you can get some of those under your belt, the better.

Read this post on how to figure out the best activity to achieve your goal, or maybe the first milestone in your goal, and start working through your ideas on how to make progress easier and faster.

Choose the Schedule Approach that Works for You

Success has to be scheduled. There is simply no way around it.

You can’t leave it to chance, and you can’t let your time be controlled by other people’s goals.

Your schedule may not look like mine or your spouse’s or your boss’s, but you’ve got to have one or time will get away from you.

The lesson: Your plan should be based on what makes you the most productive and efficient.

When you’re creating an action plan, you have to consider how to take maximum advantage of the time available to you, in a way that works for you.

Ways To Think About Your Schedule

Batch processing: What activities can you do close together because they make use of the same resources or the same kind of thinking? Where and how has batch processing worked for you in the past?

Time blocking: Do you get more done when you can block off big chunks of time? Would it work better to create 2 or 3 blocks a week, or try to block off most of a day? How would that work with the kind of activity you need to do to achieve your goal? (For instance, going to the gym once a week for 3 hours probably isn’t going to give you the same results as going 3 times a week for 1 hour.)

The scattershot approach: Are you the type of person who needs to work on something a little everyday? Do you lose focus if you spend too much time on one thing? Does that work for this particular goal? If not, how can you get close to that type of schedule.

It doesn’t matter which approach you use, or if you don’t use any of these.

You can change them daily or by project.

The important thing is that you have a schedule that fits you and that allows you to keep moving forward.

Make Your “When” Precise and Bulletproof

In the last post, I explained the importance of setting a deadline for your goal.

But you also need to figure out your weekly “when.”

You’ll never “find the time.” None of us have “spare time.”

You have to commandeer the time and designate it specifically for getting the important things done.

For example, if you’re serious about having a weekly date night with your spouse, you’d better put it on the weekend schedule.

Otherwise, it will never happen.

Most people find that if they don’t put their workouts on their schedule, they don’t happen.

In fact, a study published in the British Journal of Health Psychology found that when a group of people completed the statement, “During the next week, I will partake in at least 20 minutes of vigorous exercise on [DAY] at [TIME OF DAY] at/in [PLACE],” 91 percent of them exercised weekly.

Another group was asked to read about the benefits of exercise and to keep track of their exercise. Only 35 percent of them exercised at least once per week.

It’s all about the power of clear intention.

Regardless of your approach to scheduling, the most important part of creating an action plan is to get very specific about when you will be doing the necessary activity each week (or day or month) until your deadline.

Do it in advance.

Make your intention crystal clear to yourself and others.

Use Your When To Create Focus

If your success relies on other people, schedule group time to make progress.

When I was leading a team of sales people, if I saw their activity slipping—and therefore, our numbers—I scheduled a 90-minute evening meeting.

I ordered a few pizzas, got everybody in the room, and gave them a goal (calls or meetings set up). Everyone knew they weren’t leaving until they hit their target.

Would you be surprised if I told you that everyone hit it every time I did this, and usually pretty quickly, too?

The same group that consistently drifted along throughout the month and missed their numbers was suddenly laser focused.

Setting a “when” creates that kind of focus.

Once your activity is on your schedule, it needs to stay on your schedule. You can’t let it get bumped by less important stuff, or you will drift off course and never get to where you want to go.

Plan to Overdo in the Beginning

When you’re creating an action plan, you have to account for the unknowns and the fact that we always underestimate.

You have to plan to overdo.

Here are the best resources on the site to help you plan to overdo your activity at the start.

The fun can’t begin until you start moving! 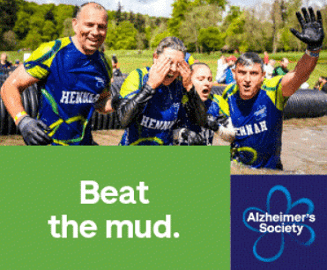