If you are feeling hurt and hopeless, you should know that breakups are incredibly common. In fact, nearly 50% of U.S. marriages culminate in divorce. That’s just one example of how difficult it can be to keep two people together. But regardless of the data, we understand what you’re going through, and we want to help you. Learn about the seven stages of grieving a breakup!

Breakups happen, most of the time, for the better

People can get so consumed with their relationships, and you could hold on to it so tightly that the mere thought of its ending could make you lose your mind. When dealing with breakups, our emotional responses differ on an individual basis, but most of us experience pain, withdrawal, and loss. That is such a brutal process that it takes us a long time to recover.

Fortunately, breakups often happen for the greater good. Knowing and understanding the key stages of grief after a breakup will put you on the right track. The main model for these stages was developed by relationship expert Elisabeth Kübler-Ross, but some adaptations have been made to it over the years. It’s nearly impossible to avoid them, and you’ll have to go through each, often in a non-cyclical order.

You could be consumed by the drive to get answers. This could harm your behaviors and rational thoughts. In this stage of the grieving process, people try hard to find an explanation for their breakup, even if it’s beyond anyone’s potential to solve it.

You could fixate on many things that your ex said and did. You could become so obsessed with those things and suffer long bouts of delusion. This could result in disagreements with your friends and family. Alternatively, it’s possible to experience moments of clarity. You could switch from disbelief to rational realizations that your relationship is over.

In reality, it’s still way too fast to understand what went wrong in this stage of your breakup. You are simultaneously dealing with shock, rejection, pain, and denial. This can stop you from thinking objectively.

You could also deny the reality of the breakup. You don’t believe that it is really happening and hope that it’s just a bad nightmare. However, you are already awake and are overloaded with the thought of losing your loved one. In this stage, you are sure that your breakup didn’t happen and that things will get back to normal quickly.

This stage is entirely normal, and it happens because you don’t yet have the ability to acknowledge what you’ve lost. Denial is a primal way of postponing grief. It can keep you regulated because you don’t know how to handle the loss just yet. Therefore, you refuse to handle it. Sometimes, denial gets confused with avoidance. If you consciously avoid your breakup, you are trying to escape from your issues.

Regarding denial, it has a similar effect to the primal emotion of shock. In this stage, you may not be able to do anything to move forward. It’s best to confront your feelings and tell yourself that one day, the right way to move forward will show itself to you. 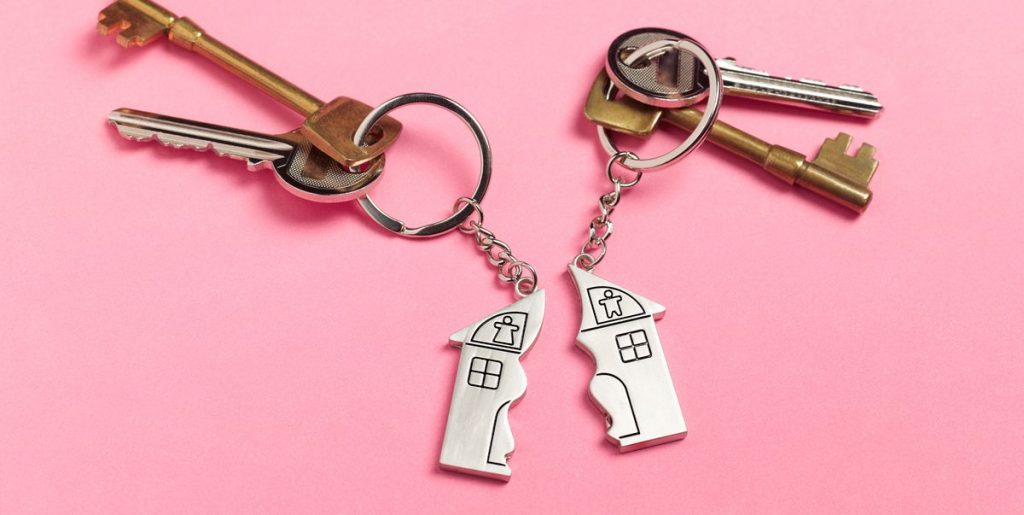 After denial, you could start to bargain with yourself and with your ex. You’ll believe that it will be possible to fix your relationship if you make some changes.

In this stage, people are usually willing to try anything to keep their partner instead of accepting that their relationship is finished. You can make promises to yourself and your ex and say that you’ll be a better partner. You’ll be more attentive, and you’ll correct everything that you did wrong. Plus, you might even think that it’s time to win your partner back.

Here, your judgment and reason are compromised. The idea of “fixing” your past issues feels good and allows you to escape the real issues that actually caused your breakup. Even if you’re able to identify them, ask yourself if you honestly want to maintain, repair, and sustain the problems? Also, you will most likely take all responsibility for the breakup, and you won’t be able to clearly see your ex’s faults and their side of the story.

In reality, it’s impossible to fix your relationship problems on your own, especially if your ex never wants to see you again.

This stage occurs when the pain gets too unbearable. You could start to feel that you’ll be able to convince your former partner and get them back. If you actually reconcile, you can relieve some feelings of withdrawal. However, if the relationship has already ended, that could only be temporary, and it could be harmful.

You could do all it takes to avoid the pain of accepting that your relationship is over. By relapsing, you’ll essentially give in to the withdrawal. Like that, you’ll refuse to accept the fear of not knowing what to do. You’ll try to do everything you can to avoid pain and buy more time. What’s more, this stage can repeat itself many times. You could reconcile and break up several times until the breakup finally sticks.

We’ve said that you could refuse to accept your breakup multiple times because you are afraid of the unknown. But what happens when your fear goes away? If it evaporates or simply becomes too big, it can turn into anger.

Firstly, you could become angry at yourself. That usually takes the form of self-disgust. You could think that you are useless, ugly, stupid, and you could constantly put yourself. Sadly, that is one of the deepest holes that you could fall into. It can be immobilizing and highly damaging.

Alternatively, you could direct your anger towards your ex. When you put the blame on your ex, usually, it’s because you are trying to find out who was responsible for the end of the relationship. Unfortunately, even if you find out that it wasn’t your fault, you won’t be able to turn back the time.

The initial acceptance stage occurs early after a breakup. You can encounter it many times. At this stage, you want to rediscover your grief. This will feel much more like surrender. Additionally, you could accept the breakup because it’s the right thing to do instead of accepting it because you want to.

By now, both sides of the relationship have realized that you are simply not meant to be together. With time, your “surrender” will develop. It will become much more realistic. What’s more, you will identify the boundaries that you need to follow to isolate yourself from your ex. During this stage, you’ll help yourself, but you’ll also help your ex by respecting their boundaries. Here, you’ll also discover that the previous stages of breakups are unhealthy for you and that you deserve to move on.

One of the reasons why your breakup impacted you so profoundly is that it destroyed your idea of hope. After all, hope is a crucial factor in our lives and our relationships. Losing hope made you depressed, and it caused you to doubt your future.

When you come to terms with acceptance, you’ll enter a stage of redirected hope. Then, you’ll be able to redirect your feelings, change your opinion of the breakup, and finally accept the end of your relationship.

This stage will make you stronger. You’ll realize that it’s entirely possible to live without your partner. Also, you’ll learn that you didn’t lose hope entirely but that you simply redirected it towards a relationship that has already ended. Now, you can use hope to make small accomplishments that can help you to move on. After some time, your hope will return fully, and you will have faith in your future again.

Like we’ve said, almost everyone will need to go through these breakup stages. Fortunately, as you go through them, you’ll be able to regain your freedom, hope, and confidence. Stay strong